Cavendish Hardware - The Shows and Exhibitions.

At about 15 years ago, we started to do some shows and exhibitions - Architectural shows, that sort of thing. 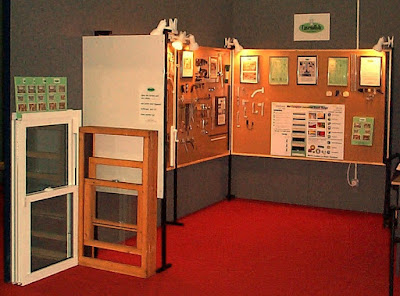 We then got the opportunity to do Glassex, which was our first really big show, where we first met many of the customers that still use our services to this day.

We found these shows very useful, as we got to meet contractors, architects, people from housing associations, health care, education, universities and many one man/two men companies that went on to grow into bigger companies, over the following years.

The very last one we did was a long time ago but we still get people saying that they remember meeting us at the shows.

This is a shot from that show, where we were promoting the new Jackloc models and colours, as at that time, we were the first trade distributors for Jackloc. Jackloc has come a long way since then and are now selling their products all over the world.

The shows were hard work but a lot of fun and we got to meet a lot of the customers face to face, for the first time and show them all sorts of things that we could do for them.

I would like to say Hi to the readers of this blog - there is a little widget when you sign into Blogger, that tells you how many readers have read pages and today, just as I logged on, it rolled over to 500 page reads.
So, Hi - Thank you for visiting, there is loads more to come.

Posted by Cavendish Window Hardware at 05:02 No comments:

After getting the ball rolling with standard parts for windows, we branched out into making parts for specific requirements and replicating items that had been dead for years, which we had been doing for a long time but only to supply our repair needs to "get the job done". 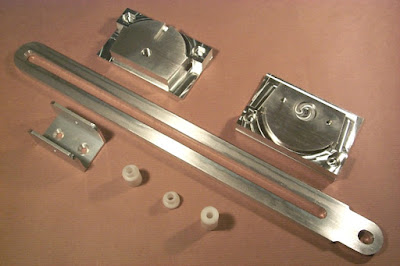 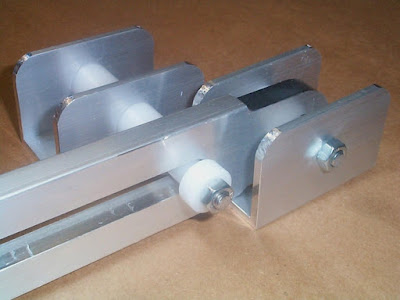 The images above show the first two jobs we did, a very long time ago, or so it seems!
After getting our feet under the table with one or two customers, we put the word around that if something was broken and it couldn't be got hold of, send it to us and we'll see what we can do and the jiffy bags started rolling in. On the back of that, many "designed from scratch" items were made, for whatever the requirement of the customer. 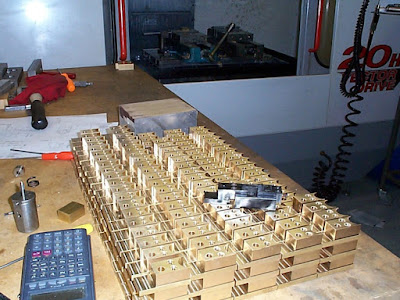 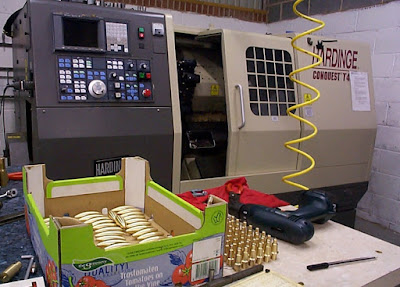 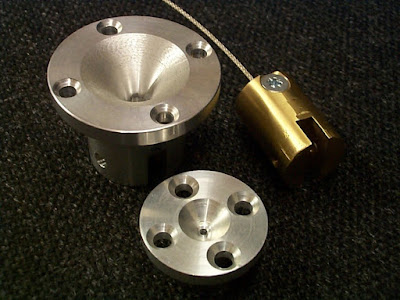 In a relatively short time, we were making all sorts of things, in various materials, for many different applications, on many different window types. 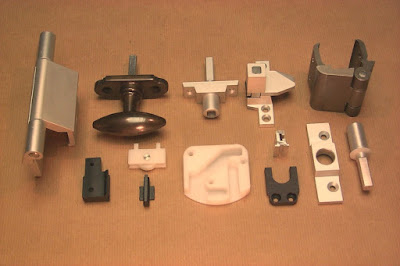 The image above shows some of the earlier parts we made, which I think is a good illustration of what can be achieved in Aluminium, Brass, Stainless Steel, Acetal and Nylon. The image is a little grainy, it was taken on our very first digital camera, which I still have and it still works, 18 years later!

Having had experience in repairing a lot of commercial vertical sliding sashes, it was only natural that Cavendish became known for solutions to the non-standard windows that were out there.

Alcan perhaps had the lead for variations at the time - they had Weatherguard, Clifton, Cabot and Cotham, all vertical sliding sashes, all with different fittings.
Crittall had had VSS in the early days and the later system had Kralasik guides, where the vertical rails would normally be, in the same way Warwick sashes had no side rails, only top and bottom rails on each sash, which confuse a lot of people when they first come across them. 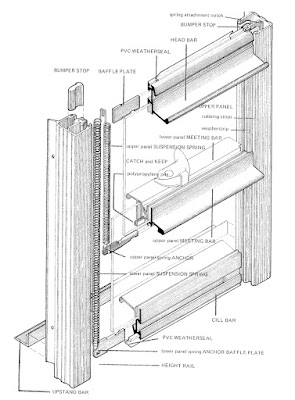 This is the guide that Crittall used, this one being for 4mm glass and there is one for 3mm. Unfortunately, many of the 3mm were later glazed with 4.4mm laminate, which makes them very difficult to slide!! 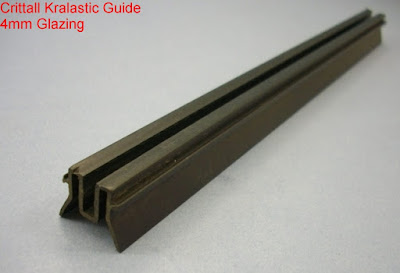 So, we were now selling a lot of balances for Vertical Sliding Sashes, along with all the other parts that went to make the window work, such as dedicated balance shoes/feet, panel guides, fitch catches, brush pile and anything else needed to keep the sashes working properly.

We have ended up making balance feet/shoes for Planet Windows, Heywood Williams, Crittall, Alcan and several others, which means old balances can be pulled out and the new ones put back in, straight away.
We also do parts for Kawneer, Monarch, Hinchcliffe,Warwick etc.

So, if you are looking for Sash Window Springs, Sash Balances, Spiral Balances, Cord Balances, Panel Guides, Catches Keeps, give us a call on 0116 2742195 or drop us a line with your enquiry at sales@cavendish-hardware.co.uk

Posted by Cavendish Window Hardware at 02:30 No comments:

Well, that is some of the history - there is so much more to tell and hundreds of images but for the time being that is enough of the reminiscing!

How did Cavendish Hardware start?

It was perhaps a case of being stuck on a job and not having the parts you needed at the time to finish it, that started the ball rolling.
So, it made sense to stock large amounts of items, that would not only benefit our repair company but many other repair companies, throughout the UK and that's how it all started, 20 odd years ago.
As I mentioned in a previous post, one of the first products we stocked in any amount, were Block & Tackle sash balances - BSI 100 Series, take out. 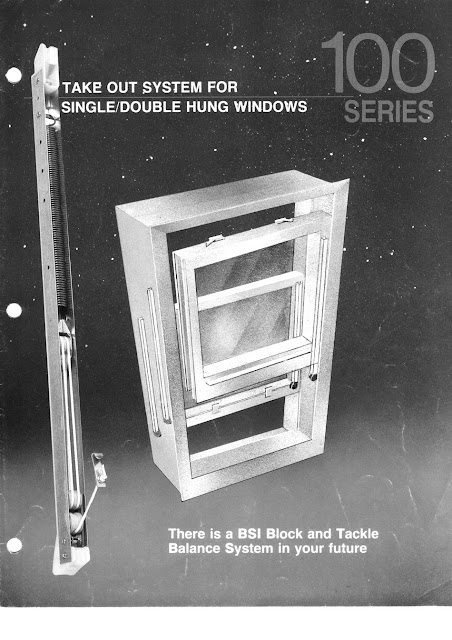 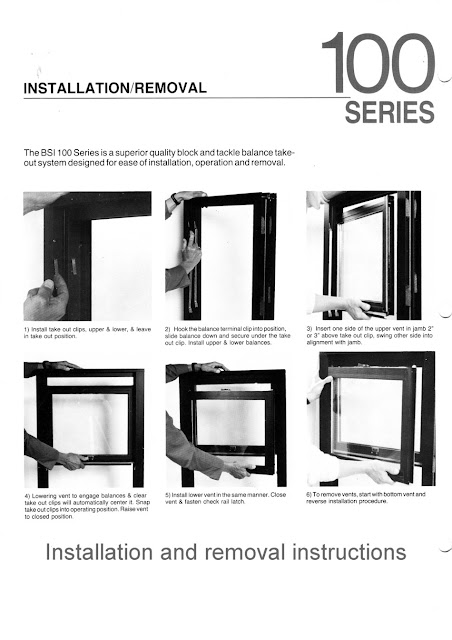 These had been favoured by Avdon, UBM, Ducana etc and a lot of the windows were of an age that balances were starting to fail.
In the early days, these were going out the door, almost every day, to far flung reaches of the UK.
We still carry several thousand of the 100 Series, as well as the tilt versions of the Block & Tackle Balances. 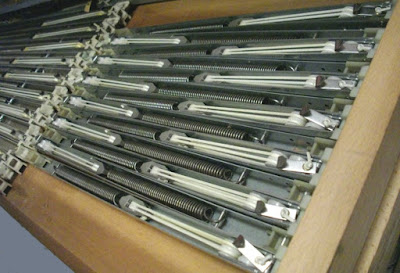 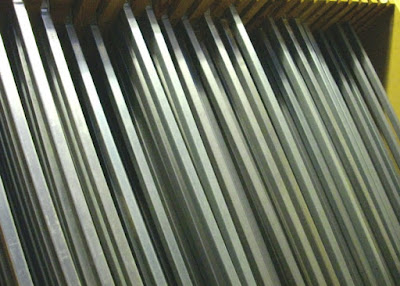 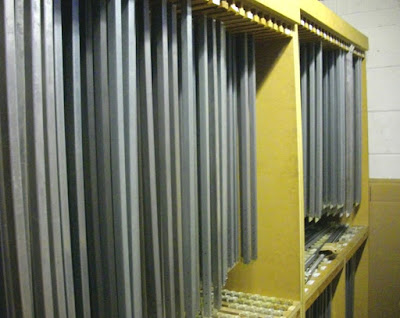 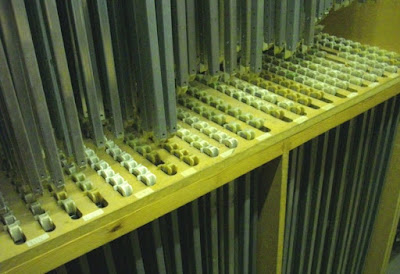 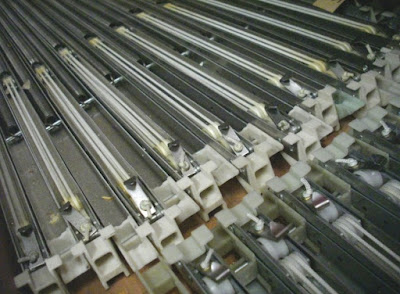 Posted by Cavendish Window Hardware at 06:11 No comments:

So. . . . many more jobs were carried out over the years and we were not only doing the usual sort of things - more often, the unusual.

There was still a large amount of steel window work - Schools, Colleges, Hospitals, Houses, Cottages - all sorts of different projects. 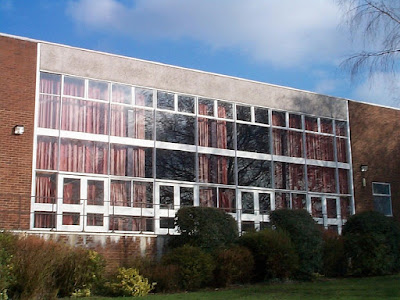 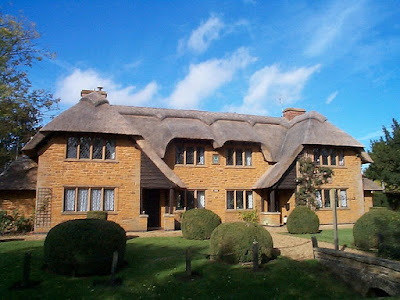 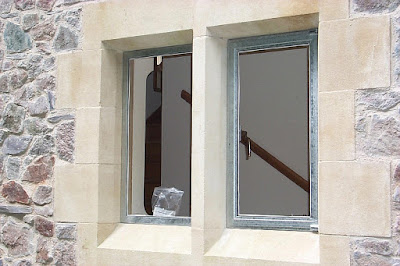 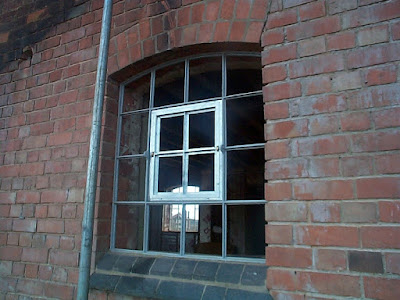 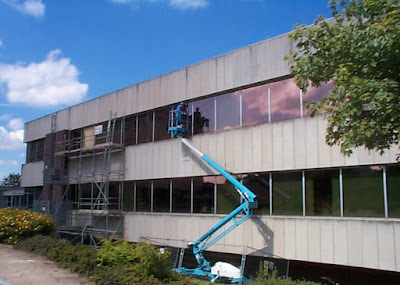 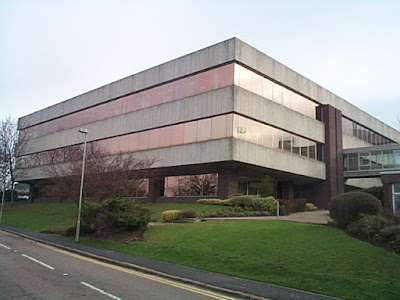 As well as all the usual projects, we got involved in re-cladding Clear Span buildings, that covered swimming pools -located at schools and colleges.

This involed buying Twinwall from the continent and extruding aluminium sections, which were the cappings.

They were a lot of work to do but the results were outstanding, a lot more light into the building and the heating costs dropped by quite an amount, as the heat was being retained by the Twinwall. 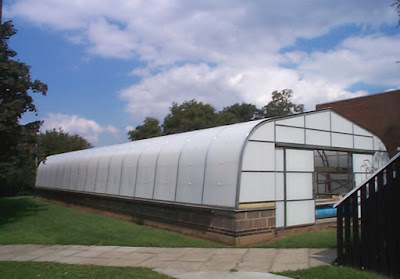 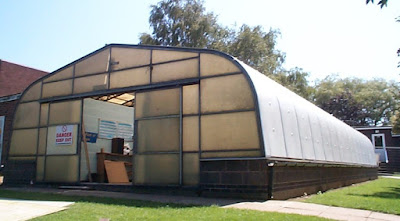 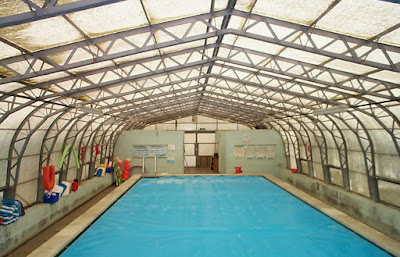 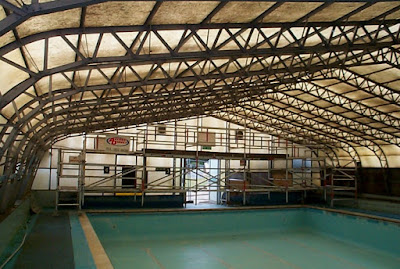 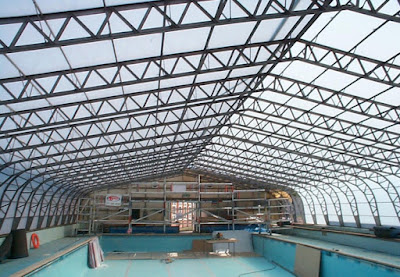 Never a dull moment and more experince gained in the world of window and door repairs.

Next time - Cavendish, the begining.