We have made so many things over the years - little things, simple things, weird things but none more of a challenge than this thing. . . . . . and another device, which I'll come to another day.
Cavendish Hardware had started to develop a name for solutions that you just couldn't get out of a box and this sort of happened almost from day one.
I'm going to list some of them up in date order but as this thing was at best, a "Challenge", I thought I would throw this into the ring at this stage, just to make it interesting. 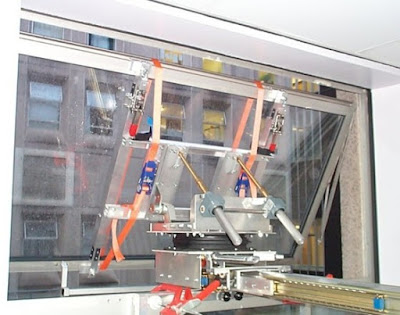 This bit of kit sucked up almost all of my brain power! I was a bit like an old PC that you ask too much of!

"Not enough memory to carry out the required task"

"The Brief"
Local hospital - Leicester Royal Infirmary - High Level Windows. So far so good! Well, you would think so but then it continued.
To remove high level windows, in order to replace defective friction stays. Use of the cradle is not possible, as the insurance has become too excessive to make it viable and the cost of scaffolding out the building is too much to consider. 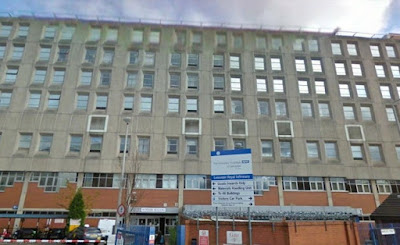 Not much of an ask?

Well, after much head scratching and pencil chewing and cutting and drilling and a whole host of other things that were involved, I came up with the WRD! Window Removal Device! 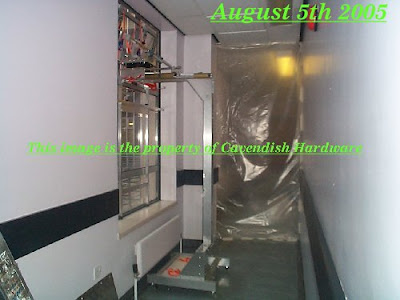 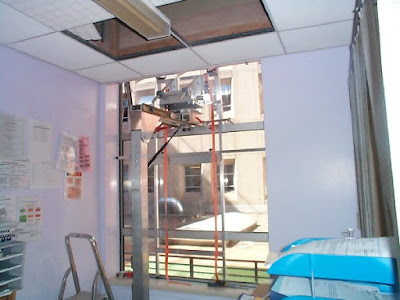 Not only did it have to do the job, it had to be able to go into a lift, move around corridors, move around tight spaces, work with false ceilings in place and do all of that, without fault! 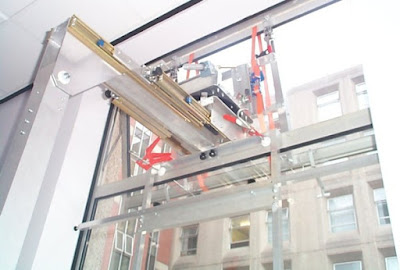 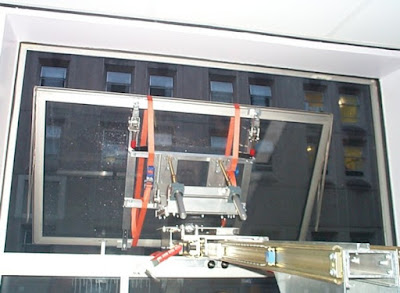 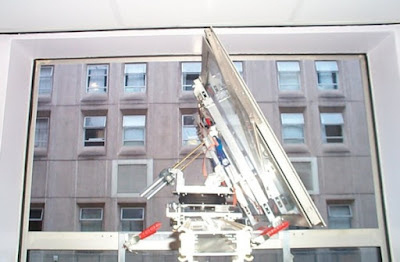 It had to be able to support the weight of the sash, whilst the fixings were removed, then travel out, then rotate, then come all the way into the building - change one friction stay, rotate, change the other stay, rotate to the original position, travel out into what was effectively free-fall, rotate and then come back towards the building to re-secure the friction stays!
Still with me?
It had to work over all the floors and over a relatively short period of time - several weeks - in wards, offices, corridors, you name it.
After several meetings with Zurich Insurance, with some conditions, it was given the thumbs up by Zurich and by the inspecting engineer, who's words when he saw it operating the first time, low level, over a flat roof were "that is truly amazing"!

All this without any physical lifting or manoeuvring by the operator - the device did all of that. 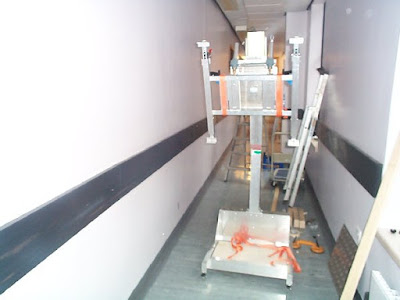 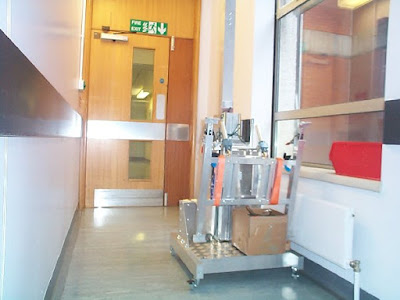 Affectionally known as R2D2, for obvious reasons - here he is, shown on the trials and collapsed down, in "compact mode"

June - Another funny one!!

The year is flying by!! 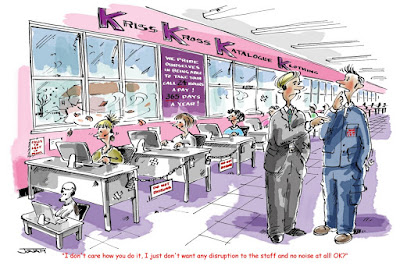 I still chuckle when I see this image!

We were called to do a full survey of Vertical Sliding Sashes in a call centre and when we got there, the team leader pointed out that under no circumstances, were we to disturb the staff. At all!!
The desks were right against the wall and the desks were close together - how was that going to happen?
It wasn't!
So, by arrangement, we went back and whilst three members of staff went for their break, we did three windows at a time.
It took ages.

You live and learn.


Posted by Cavendish Window Hardware at 03:23 No comments: