Steel windows and specialist glazing were our bread and butter, during the early 1980's but as with everything that evolves, more and more work was carried out on Horizontal and Vertical Sliding Sashes, with one example being a whole estate of Horizontal Sashes.
This gave us a huge amount of experience on sliding sash windows which continues to the present, as it allows us to picture the issues that window repair engineers come across. 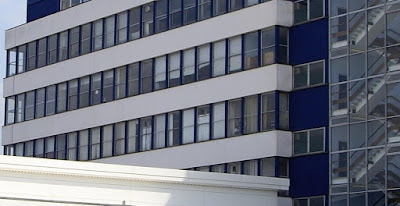 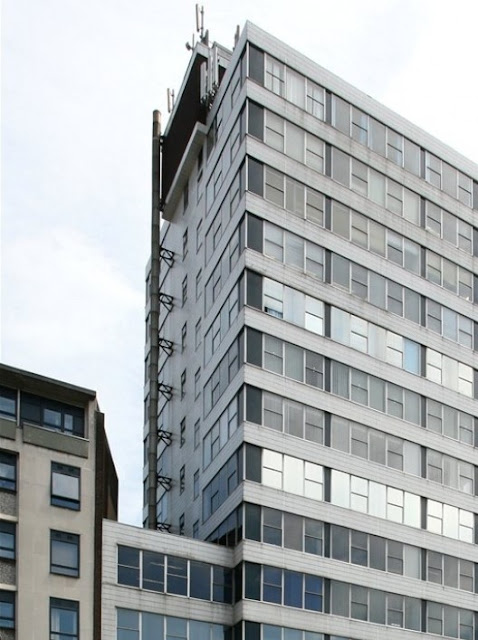 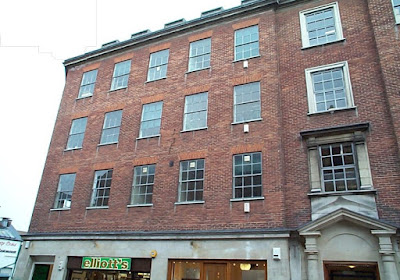 Some older aluminium VSS windows date back 60 odd years, with an increasing amount being fitted during the 1960's and 1970's, when their popularity gained momentum and were fitted in office blocks, schools and colleges, hospitals and many other buildings, during that period.

Companies that majored in this type window included Heywood Williams, Crittall, Percy Lane - Planet, Hinchcliffe, Archital Luxfer, Alcan, Kawneer and quite a few others that don't spring to mind at the moment
but I'm sure will do, later on in this blog.

The regular things that started to fail on them were the balances, panel guides, catches and keeps, so we were always kept busy repairing vertical sliders.

Could be a simple couple of pairs of wind-up spiral balances or if you were lucky - could be a whole building of pre-tensioned balances or block & tackle cord balances. I can honestly say that after a week or two on a job like this. . . . you were ready to move onto something else!!

There are still a huge amount of Vertical and Horizontal Sliding Sashes in circulation, some of which date back to the beginings of these systems in aluminium and are still being used today.

One of the first products that Cavendish stocked in large quantities were the Block & Tackle cord balances that were used on Avdon and several other manufacturers, who favoured that type of balance and today, we still carry large stocks of them.

Posted by Cavendish Window Hardware at 08:06